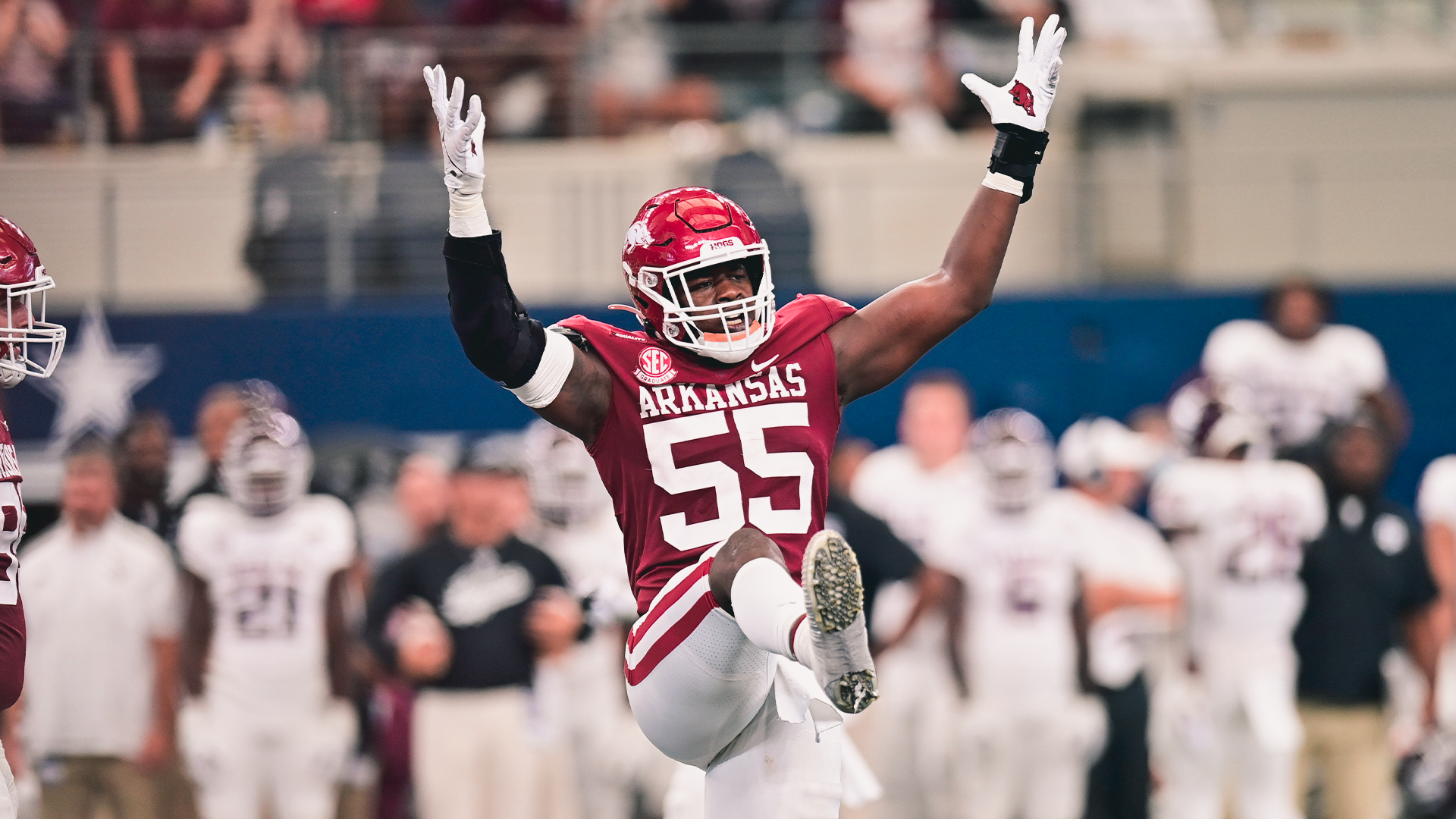 Williams Recognized as Bednarik Award Player of the Week

FAYETTEVILLE, Ark. – Tre Williams’ dominance in Arkansas’ win against Texas A&M has earned him one of the nation’s top weekly honors.

His effort helped Arkansas snap its nearly decade-long losing streak to Texas A&M in the Southwest Classic. The Razorbacks moved up from No. 16 to No. 8 in the Associated Press poll following the win.

Williams has a team-high four sacks this year. His 12.5 career sacks are the most among all active Razorback defenders.

Williams and the Hogs travel to Athens, Ga., this Saturday to play No. 2 Georgia at Sanford Stadium. Kickoff is set for 11 a.m. on ESPN with Chris Fowler (play-by-play), Kirk Herbstreit (analyst) and Holly Rowe (reporter) on the call.