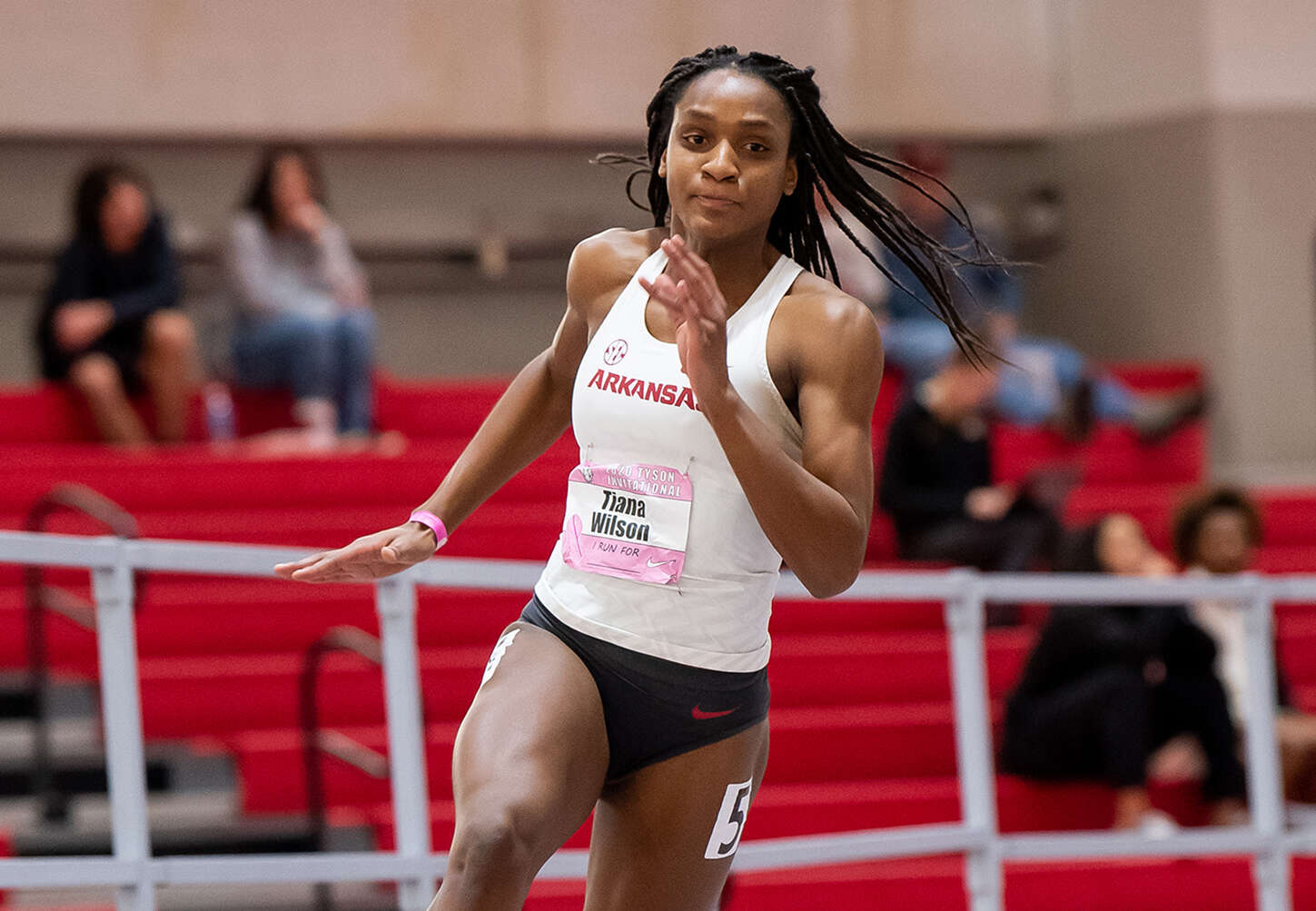 BIRMINGHAM, Ala. – Razorback sophomore sprinter Tiana Wilson was selected as the SEC Runner of the Week following her career best performance in the 400m at the Arkansas Qualifier.

Wilson posted a time of 52.77 seconds, moving to No. 9 on the Razorback indoor all-time list, as she finished as the top collegian in the 400m field. In placing second overall, Wilson finished behind the meet record of 52.54 set by professional Shamier Little, a World Championship silver medalist and three-time NCAA champion in the 400m hurdles.

Up next for Wilson and the No. 3 Arkansas women’s team is a trip to College Station, Texas, for the SEC Indoor Championships held Feb. 28-29.

In updated national team index ratings, which configure a school’s scoring potential at the national championships, the Razorbacks are stationed at No. 3 behind LSU and Georgia while in front of USC, Texas A&M, Kentucky, Oregon, Stanford, BYU and Washington.

Among conference team index ratings, which measure the depth of a team and how they would score against conference opponents, the Razorbacks check in at No. 1 over LSU, Texas A&M, Kentucky, Georgia, Florida and Alabama.