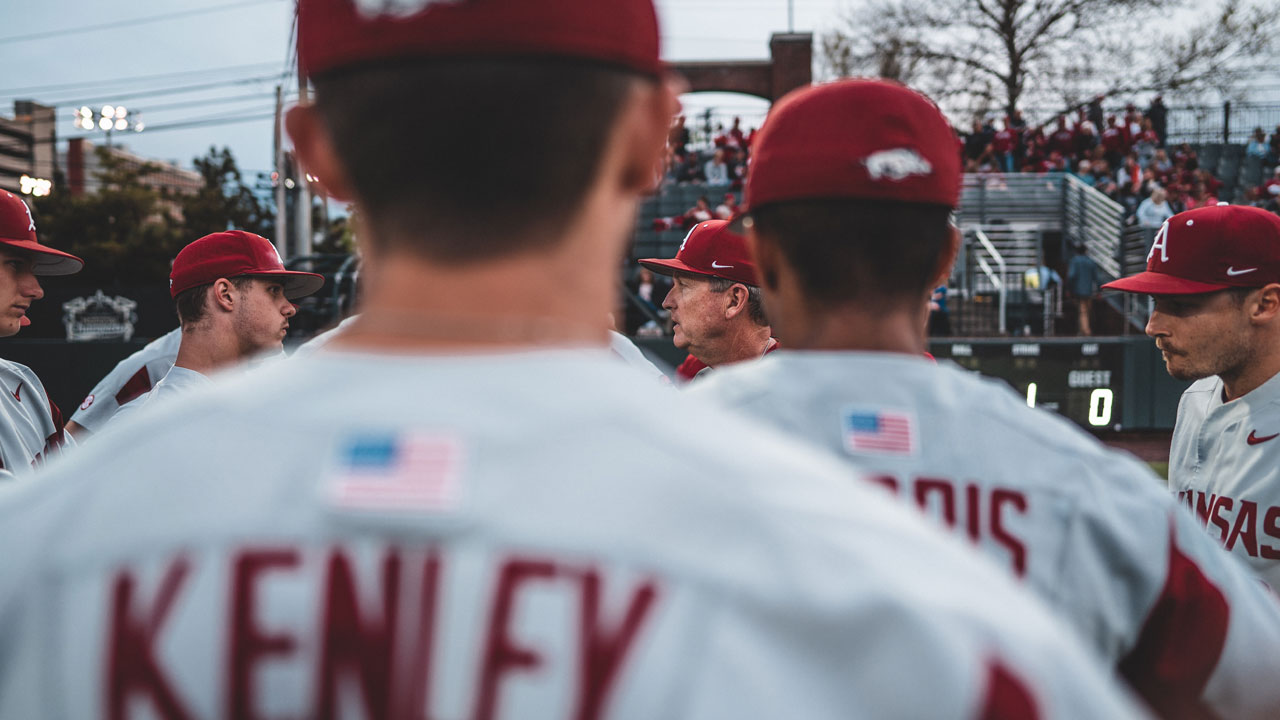 Arkansas (25-10, 8-6 SEC) suffers its first road series loss of the season and second series overall. The Hogs are still winners of three of their last five games and remain within two games of first place in the SEC Western Division.

Razorback starting pitcher Connor Noland struggled from the onset allowing the first five batters he faced to reach base and was relieved without recording an out. It all started with a lead-off single by Cooper Davis, who was able to get to second on the play after a throwing error by Casey Martin. That was followed by a walk to Austin Martin and then consecutive single by JJ Bleday, Ethan Paul and Philip Clarke, bringing in the game’s first two runs.

It was Noland’s shortest outing of the year as he was followed by sophomore Kole Ramage, who didn’t far much better. Ramage walked in the third run and then gave up a grand slam to Stephen Scott, making it 7-0.

At the plate, Arkansas managed both of its runs in the eighth inning and scattered seven hits throughout the game. Sophomore Matt Goodheart was the lone bright spot in the Hogs’ lineup today, going 3-for-3 with two doubles. The three hits ties his season high and marks his third three-hit game this year.

Goodheart continues to be the Razorbacks’ hottest hitter since the beginning of SEC play. Goodheart is now hitting .460 (29-for-63) over his last 19 games and is hitting .452 in conference games, which leads all SEC hitters. Over that 19-game stretch, Goodheart has nine doubles and 15 RBIs.

Sophomore Heston Kjerstad extended his hitting streak to eight games with an RBI single in the eighth. Kjerstad joined Goodheart along with Jordan McFarland, Jacob Nesbit and Zack Plunkett to notch hits in the game.

Arkansas utilized four pitchers in relief of Noland during Saturday’s game. Ramage endured the game high seven runs allowed, but was followed by freshman Elijah Trest, who looked very sharp with three scoreless innings and only one hit allowed. Marshall Denton and Liam Henry both followed Trest and threw a scoreless frame of their own with each striking out two.

Vanderbilt starting pitcher Kumar Rocker earned his third win of the year after holding the Arkansas offense scoreless over seven innings with just four hits allowed. He struck out seven with no walks.

Up Next
Arkansas and Vanderbilt will conclude the three-game series on Sunday with first pitch at 1 p.m. at Hawkins Field. The game will be streamed on SEC Network+.