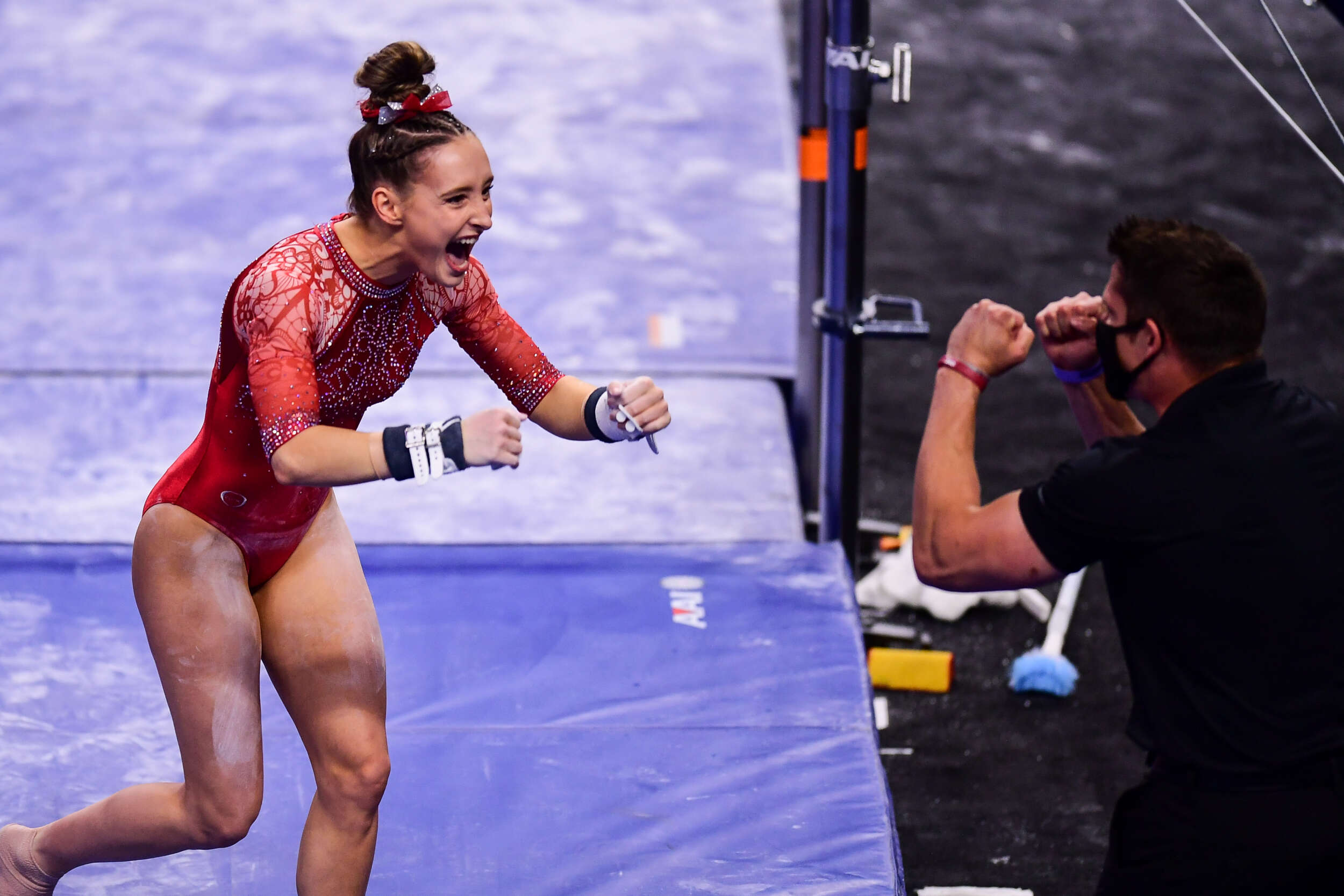 FORT WORTH, Texas – Junior Kennedy Hambrick and graduate Maggie O’Hara absolutely shined at the NCAA Championship in Fort Worth on Friday.

O’Hara began the afternoon in Session I, scoring a 9.925 on bars and garnering first-team All-America honors with her fourth-place finish. O’Hara let her veteran calmness show, as she beautifully executed her routine from her blind-change jaeger to her stuck-cold double-layout dismount. Her 9.925 established a program-best on bars for a Gymback at the NCAA Championships.

Hambrick picked up right where O’Hara left off, starting her all-around performance on bars and excelling through the evening. Hambrick started with a 9.900 on bars, sticking her full-twisting double back dismount with ease. She moved along to beam where her back-handspring layout and cartwheel gainer full dismount earned her a solid 9.9125 from the judges.

On floor, Hambrick continued to glow, showing off her exciting double-tuck first pass and front handspring rudi-back layout-stag jump. Hambrick earned a 9.950 from one judge, finishing with a final of 9.9125 on floor. She closed out her evening with one last time on the vault runway, taking a small step on her Yurchenko 1.5 to score 9.8875.

Hambrick’s routines combined for a noteworthy 39.6125 all-around score and a solid fifth-place finish. The Pearland, Texas native’s all-around score is the second-best by a Gymback at the NCAA Championships in Arkansas history, second only to Jaime Pisani’s 39.6250 at the 2012 NCAA Semifinal II. For her stellar performances, Hambrick earned second-team All-America status on vault for finishing sixth overall, on bars with a fifth-place finish, on beam with a sixth-place finish and the all-around.