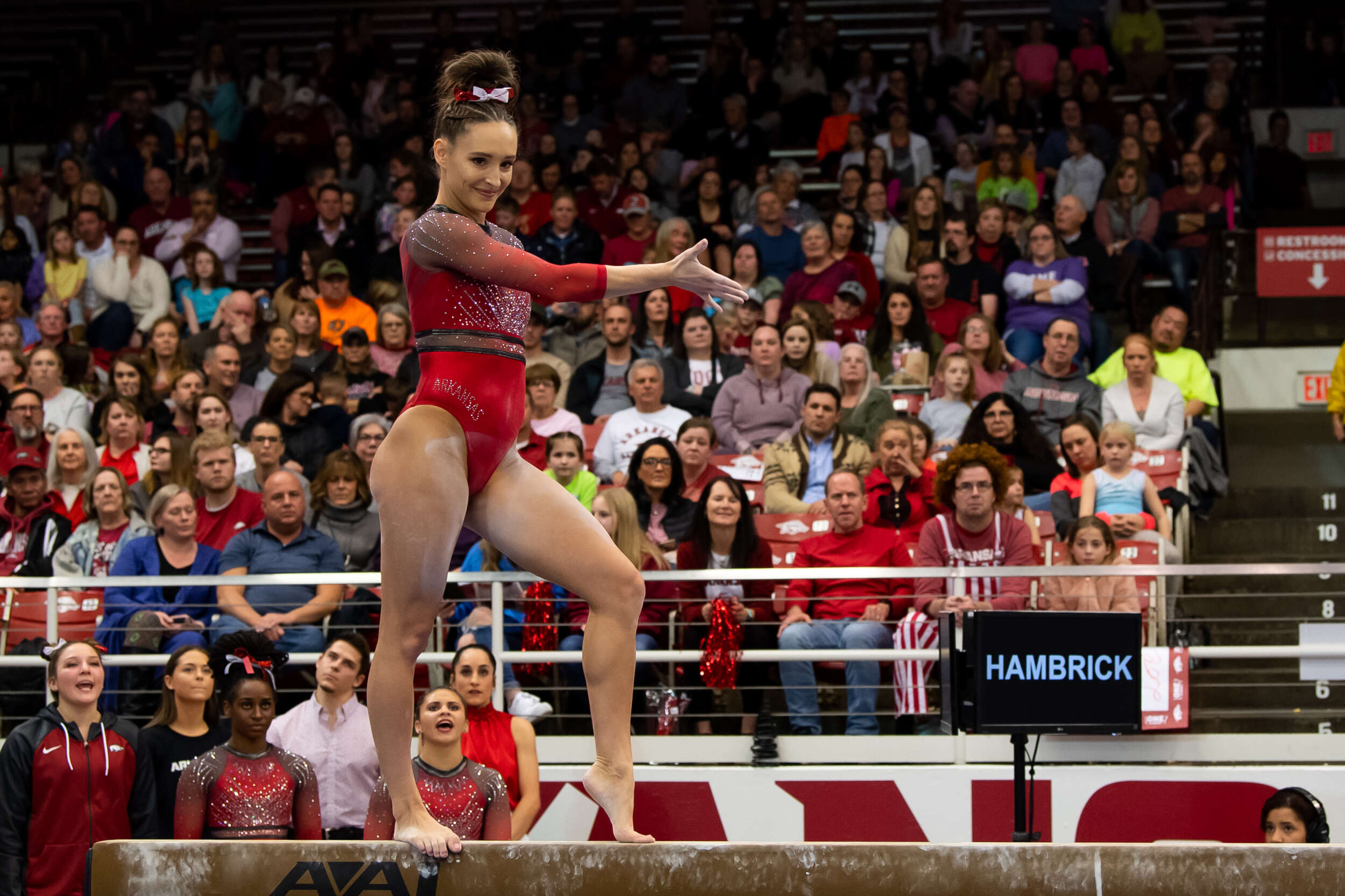 TUSCALOOSA, Ala. – The University of Arkansas fought hard in Tuscaloosa on Friday evening, but came up short, falling to the Crimson Tide 196.625-196.100. Sophomore Kennedy Hambrick earned her third-straight and fourth career all-around title, finishing with a 39.400.

Redshirt-freshman Bailey Lovett was the highlight of the first rotation for Arkansas, scoring a team-best 9.875, ranking second among all routines. Her 9.875 ties her career high and makes it seven-straight meets with a 9.825 or better in the event. Her ray and bail handstand helped the Gymbacks to an overall 49.050 in the first rotation.

After a shaky start on the vault, the Gymbacks bounced back with three-straight 9.800s over better from Sarah Shaffer, Hambrick and Amanda Elswick. Elswick has only been in the vault lineup for two weeks and her Yurchenko full has led the Razorbacks both times. Arkansas trailed 97.875-98.575 after scoring a 48.825 on the vault.

Arkansas would outscore Alabama 49.050-48.525 on the beam, posting four-straight 9.800s to close out the night. Hambrick earned her fourth career beam title with a 9.875, putting on a show for the fans with her back handspring and sticking her cartwheel gainer-full dismount.

Arkansas will return to Barnhill Arena on Feb. 21 against Auburn for Women’s Empowerment Night. The Gymbacks will be celebrating the women who have paved the way and made an impact in our society and local community. First 1,500 fans will receive an inspirational quote bracelet & custom Razorback Gymnastics Women’s Empowerment sticker, kids 12 and under could win one of three American Girl Dolls and there will also be a post-meet dance party for kids 12 and under.