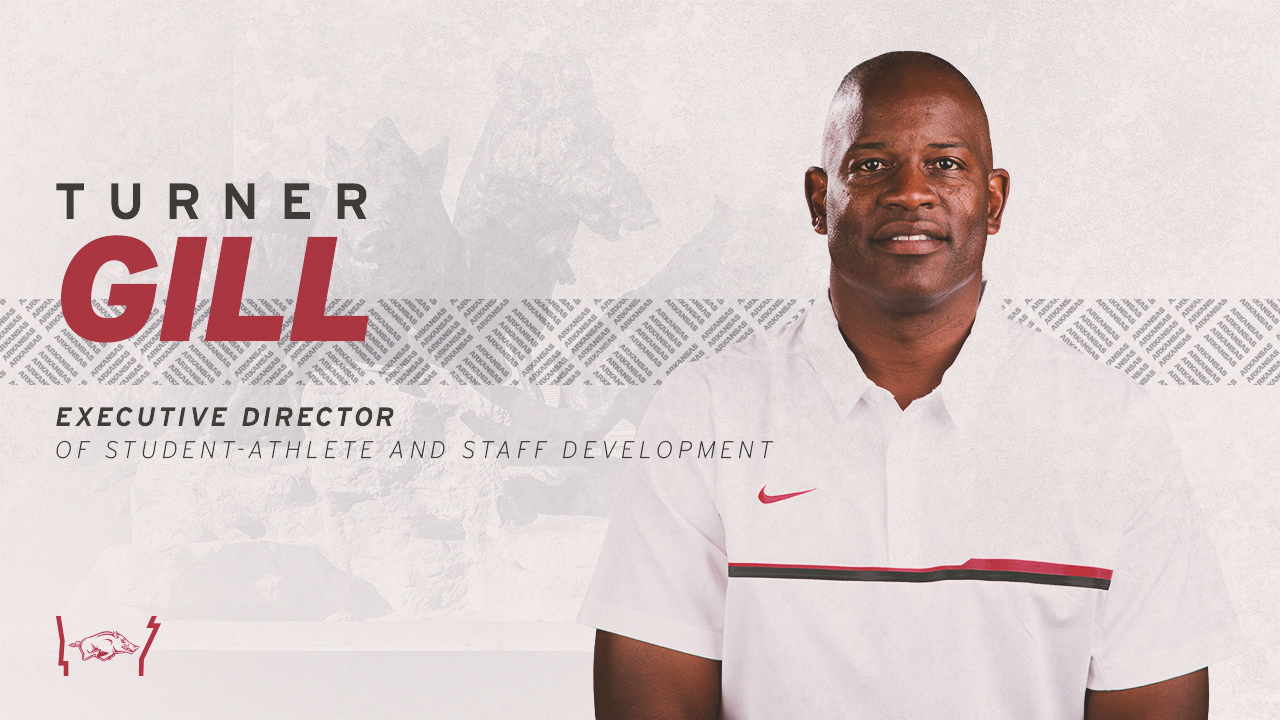 Gill will provide direct oversight for football student-athlete programming designed to foster leadership, personal accountability, social development, academic direction, self-identity and awareness along with emotional intelligence. He will also provide guidance and development to the coaching and support staffs while engaging the Arkansas community and Razorbacks football alumni.

“Adding someone with Turner’s experience and knowledge to our staff is going to provide a tremendous boost for our student-athletes and our staff,” Morris said. “From his time as a player at Nebraska to working in the NFL with the Green Bay Packers to serving as a head coach, he has so much to offer our athletes, coaches and staff. We’re excited for him to be a Razorback and have him help build our culture.”

The former Nebraska star quarterback made three stops as a head coach beginning at Buffalo in 2006. He led the Bulls to the school’s first Mid-American Conference championship and bowl game while also recruiting Khalil Mack to campus. Gill coached at Kansas for two seasons before taking over a Liberty program transitioning from FCS to FBS. The Flames won four conference championships and earned the program’s first-ever FCS playoff berth before moving into the FBS level, where the team became just the ninth team in NCAA history to win six-plus games in its first FBS season.

Gill’s coaching career began with the Cornhuskers serving first as a graduate assistant in 1990 then as a full-time assistant from 1992-2004. He tutored 2001 Heisman Trophy winner Eric Crouch and 1995 Heisman Trophy runner-up Tommie Frazier while helping Nebraska to three national championships (1994, 1995, 1997). Gill also spent time in the NFL with the Green Bay Packers serving as the team’s Director of Player Development in 2005 when the team selected Aaron Rodgers.

“I am thrilled to become a part of the Razorback family,” Gill said. “When I retired from head coaching, I knew that I still wanted to be involved in athletics in some way. This job could not have been more perfect for what I believe I was called to do. It is a blessing to be able to work with student-athletes to prepare them for success both on and off the field, for the rest of their lives.”

As a player, Gill was an All-American and Heisman Trophy finalist for the Cornhuskers in the early 1980s. He also played shortstop for a single season at Nebraska before playing three years professionally in the Cleveland Indians’ organization.

The Razorbacks kick off the second year under Chad Morris with the first of six games in Fayetteville on August 31 against Portland State inside Donald W. Reynolds Razorback Stadium. The Battle Line Rivalry presented by Shelter Insurance shifts venues to Little Rock’s War Memorial Stadium for the first time on Friday, November 29. Season tickets for the 2019 season are on sale now and can be purchased by calling 479.575.5151, emailing raztk@uark.edu or by visiting arkansasrazorbacks.com.