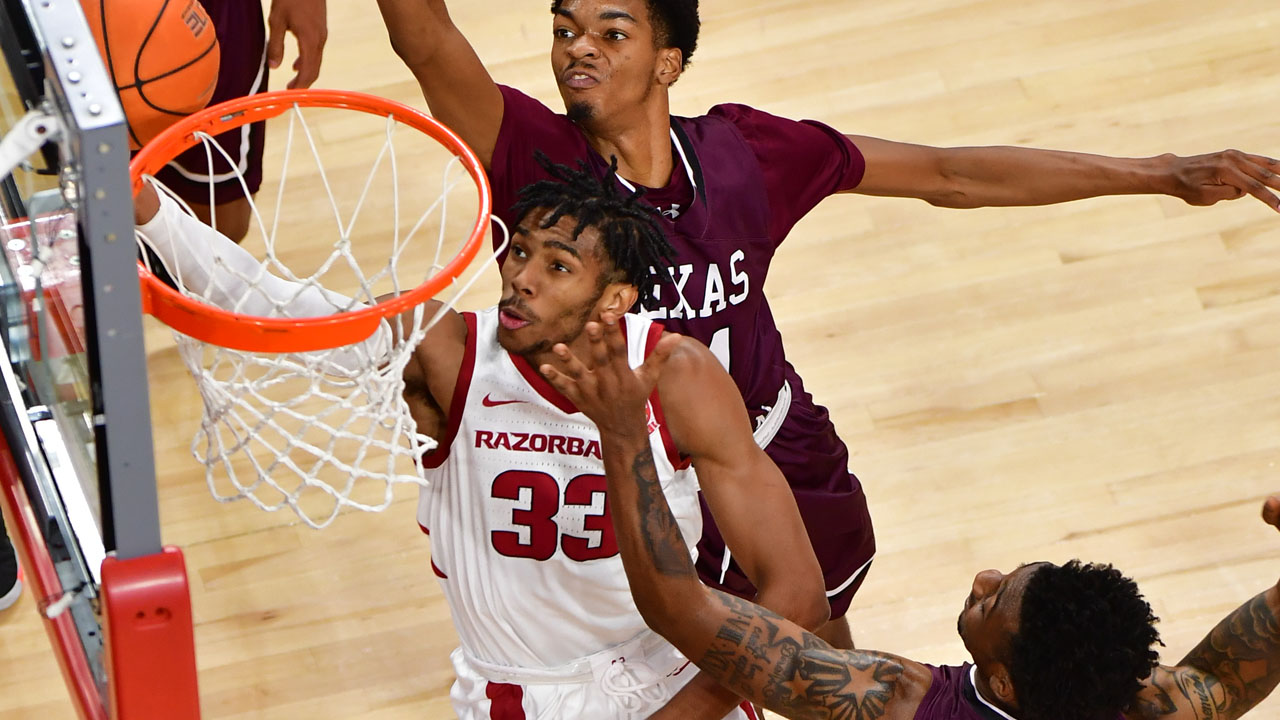 FAYETTEVILLE – Arkansas was 0-of-13 from 3-point range in the first half but sophomore Isaiah Joe sank six triples in the second half as part of a 33-point effort in an 82-51 victory over Texas Southern Tuesday night at Bud Walton Arena in game two of the Collegiate Hoops Roadshow 0 Razorback Regional.

Joe’s 33 points were one shy of a career high and the Fort Smith native pumped in 29 second-half points He added five steals, one shy of his career high.

Texas Southern, with 24 first-half points and 51 total points, was the first team in four tries to score over 20 points in the first half and score 50 points in a game on the Razorbacks. However, Arkansas held the Tigers to 34.5 percent shooting from the field and 18.2 percent from 3-point range (2-of-11).

No team has made more than two 3-pointers in a game versus Arkansas and opponents are a combined 8-of-69 (11.6 percent). Arkansas’ defense also forced 24 turnovers and blocked 13 shots.

SECOND HALF: Arkansas outscored the Tigers 45-27 in the second half