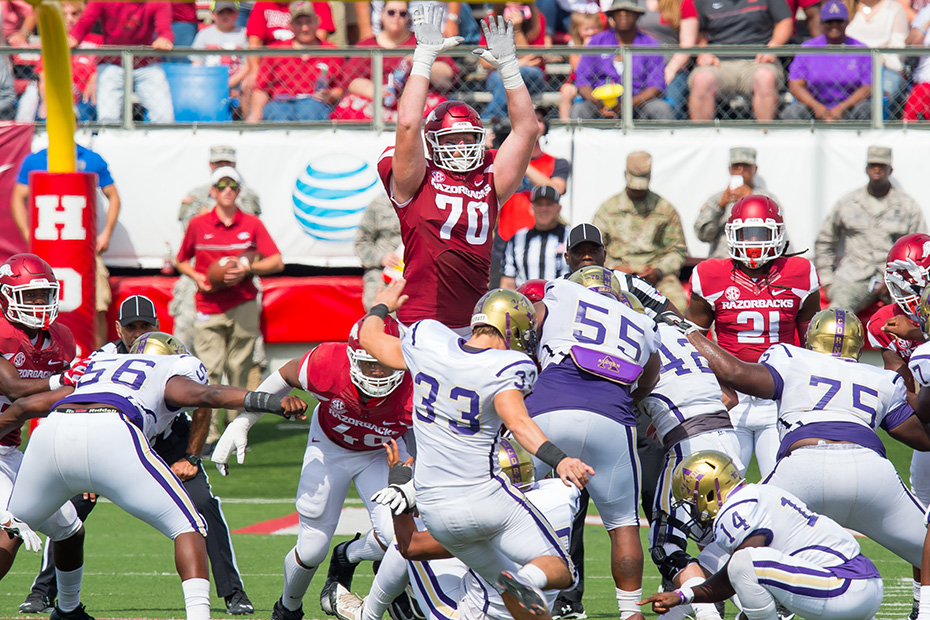 BIRMINGHAM, Ala. – Arkansas senior offensive lineman Dan Skipper earned his second SEC weekly award of the season on Monday, but this time it was for blocking kicks instead of defenders. Skipper has been named the SEC Special Teams Co-Player of the Week after recording the seventh blocked field goal of his career against Alcorn State.

Earlier in the season, Skipper earned his second career SEC Offensive Lineman of the Week award. Skipper is the first Razorback to win SEC Special Teams Player of the Week since Sam Irwin-Hill in 2014.

With 39 straight starts along the offensive line, Skipper is just two blocked field goals away from the NCAA record of nine set by SMU’s Magnus Hunt from 2009-11.